AP to digitalise all school rooms in govt colleges 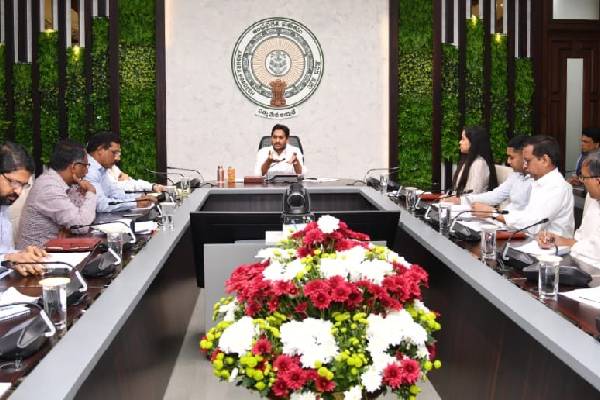 Chief Minister Y S Jagan Mohan Reddy directed the Faculty Training Division officers to think about the funding within the training sector as the most important funding on human assets improvement and therefore, officers shouldn’t compromise on the implementation of reforms that might assist enhance literacy and eradication of poverty.

Throughout the assessment assembly on Faculty Training on Thursday, the Chief Minister informed them to implement the subject-teacher idea extra successfully. He mentioned that the reforms helped the variety of college students develop as much as 42 lakhs now from 37 lakhs in 2018-19. Of the overall variety of 45,000 Authorities colleges, Nadu-Nedu scheme has been already applied in 15000 colleges whereas one other 22,000 colleges will implement it this 12 months with the remainder of the faculties implementing it subsequent 12 months.

Emphasising that full digitalisation of each classroom is the final a part of the Nadu-Nedu programme, he requested the officers to accord excessive precedence to implement Gorumudda, SMF and TMF whereas taking steps to get CBSE affiliation for all colleges implementing Nadu-Nedu programme. He directed them to pay particular consideration in coaching college students who will take CBSE checks in 2024-25.

Faulting the tales in a piece of media that the Authorities has not but handed over textbooks and the Vidya Kanuka kits to the scholars even after the second semester started, the Chief Minister mentioned the anti-Authorities media has been resorting to false hood to hassle the Authorities realizing full effectively that the second semester will start in December. He mentioned the information tales are aimed toward troubling him and the federal government politically.

The Chief Minister congratulated the division for its efforts in getting a spot within the seven states and Union Territories (UTs) within the Efficiency Grading Index (PGI) for varsity training for the 12 months 2020-21 launched by the Division of Faculty Training and Literacy, Ministry of Training, Authorities of India.